You may or may not have seen the footage of Maarten Stekelenburg dropping the 2011 Eredivisie league trophy from atop the Ajax team bus, the shiny silver plate falling beneath the wheels of the bus behind then spinning off down the street like a wayward wheel trim, almost universally reported along with an obligatory gag about the goalkeeper and his butter fingers.

Mention of the incident still makes the 6ft 6in Everton stopper roar with laughter, but the comedic value might have been lessened somewhat if he and his former team-mate, Tottenham Hotspur’s Jan Vertonghen, had come any closer to the overhead tram cables that were the cause of the blunder.

“We were looking around at the crowds, then I turned back and saw the cable,” Stekelenburg says, remembering the moment — which can still be seen on YouTube — when their celebrations very nearly turned sour. “My first instinct was to do that [raise his arms to protect Vertonghen and himself]. My whole arm was [scraped] open. I had to choose between Jan and the trophy…

“We were both holding it, but everybody said it was me! I will tell you now: I saved Jan. He will never admit it, but I saved him! It was funny. They still have it — the dish [trophy] — it’s all bent, they never fixed it because it has a story. It’s still in the museum there.”

Stekelenburg has been in demand this week. His penalty-saving heroics to deny Manchester City’s Kevin De Bruyne and Sergio Agüero and earn a hard-fought point at the Etihad Stadium last Saturday led to a stream of interviews for the big Dutchman at Everton’s Finch Farm training base. Vital as those headline-grabbing saves were — as well as sparing the blushes of Phil Jagielka, the defender guilty of conceding both, who has shown his thanks — “but I’m still waiting for dinner,” Stekelenburg says — it was another contribution on Saturday that he enjoyed most.

“The shot from De Bruyne,” he says, describing the fingertip save on to the post from the Belgian’s fierce strike in the dying minutes of the match. “It’s the moment in the game that’s important. If you make a save at 4-0 down, it’s different. But now, because of that save, maybe we got a point. It makes the moment more special. They’re the moments goalkeepers want. Like [David] De Gea’s save that kept a clean sheet and got a point at Liverpool. That has more impact than the save itself.”

Stekelenburg grew up in Haarlem, the medieval city a short journey west of Amsterdam, known as Bloemenstad, or flower city, owing to its history in the trade of tulips. Given that he grew up there, it was always Edwin van der Sar whose career he aimed to emulate for club and country. After joining the fabled Ajax academy aged 15, he achieved the first of those goals in 2002, given his debut as a 19-year-old by a man who would become a familiar face, Ronald Koeman.

He won his first Eredivisie title in 2004 but would have to wait seven years for a second: Ajax’s 30th, earning a third star above the club’s famous badge. By then, a 28-year-old Stekelenburg’s star was rising. Named Ajax’s player of the season a year after playing in the 2010 World Cup final for Holland in Johannesburg, he was strongly linked with a move to Manchester United with Van der Sar preparing to hang up his gloves in 2011.

However, the move to follow his idol did not happen and his €6million (about £5.3 million) transfer to Roma that summer would be the first of five in as many seasons, with managerial turbulence, injury and competition for the No 1 jersey in further spells with Fulham, Monaco and Southampton restricting him to 37 league games in three seasons.

More of the same appeared likely upon his arrival at Everton in July; Stekelenburg was expected to be an understudy to a bigger signing funded by billionaire Farhad Moshiri’s investment. Joe Hart was the name most regularly linked during the last transfer window, but Stekelenburg’s outstanding display against Spurs on the opening day of the season and subsequent form has contributed to the second meanest defence in the Premier League and suggests that Ronald Koeman’s faith in his goalkeeper is well justified.

“I was never worried about if he was going to buy another goalkeeper,” he says. “I was just focused on training, getting into the games and playing good. If you’re thinking about things that might happen, you’re more busy with that than what you should be doing. It’s always nice to have a coach who believes in you. But you have to [repay] it. If I didn’t do my job properly, I wouldn’t be here. You get managers who you don’t get that click with. You have to work with it or move on. That click was already there when I was at Ajax with him.”

Stekelenburg has some sympathy for Hart, whose fall from grace under Pep Guardiola, because of deficiencies with his feet rather than his hands, coupled with the recent blunders of his replacement Claudio Bravo, has fuelled a debate about the role of the modern goalkeeper. 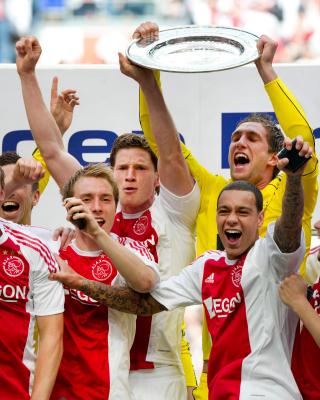 “I come from the Ajax youth academy, and I’m used to playing with my feet,” Stekelenburg says. “I don’t have any problem with that, goalkeepers have to be all-rounders nowadays, but people have to remember that the main thing for goalkeepers is saving balls. Anything you do extra to help the team is a bonus.

“We [Everton] want to play out from the back, until a certain level of risk. There’s not a lot of teams can play from the back, start at the goalkeeper and score a goal. Only Barcelona, Bayern Munich, perhaps City at the moment, are capable of doing that.”

Stekelenburg received his first international call for four years this month. At 34, the decision was criticised by some in the Netherlands, particularly after he conceded from a long-range Paul Pogba effort in the Oranje’s most recent World Cup qualifier, a 1-0 defeat by France. There had been questions raised about the looping Christian Benteke header that Everton conceded against Crystal Palace last month too, but his performance at the Etihad was the perfect response.

“If I make a mistake and we lose the game, the world’s different,” he says. “The job we have, one moment you’re the hero, and the following game you’re maybe the worst keeper they ever had. That’s part of the job.”

Before today’s trip to Burnley, Everton have two clean sheets this season but they are yet to concede more than once in a league game. Stekelenburg is more content in his new surroundings than he has been for some time.

“I moved five times in five years, which is always difficult, especially when you have family and kids,” he says. “I’ve signed a three-year contract, so hopefully I can stay here a long time, as a No 1, and for my family too.”

If the only blunders that Stekelenburg makes are with a trophy in his hands, the Everton fans will be hoping so too.