Morgan has led by example and weighed in with crucial goals, including the equaliser at Old TraffordMICHAEL REGAN/GETTY IMAGES

“Good summer Wes?” Paul Hart, the Nottingham Forest manager, inquired, his familiar piercing stare fixed on the young man who had unfortunately returned for pre-season filling his extra-large training kit a little more snugly than he would have liked.

To make matters worse, Wes, then 19, had been seen out in town during the off-season — a fineable offence when we were in the academy, but this was our first day as members of the first-team squad. “Yeah, not bad thanks Gaffer . . .” Wes replied in tones a little higher than you might expect from a man of his size. Where had he been? Who had he been out with the night he was spotted? “Just a few mates,” he said innocently.

Coaches would often prod and pry into the lives of young players, testing them slightly, learning a little more about them and their character. It was Wes’s turn. “What do you drink when you’re out Wes?” Harty asked, pointedly. Please Wes, I thought, say coke, lemonade, orange juice, Red Bull even. “Just double brandy and coke, innit.”

The City Ground corridor fell silent. We weren’t even allowed on licensed premises in the academy and Wes had just said that his tipple of choice was a double. There was a fear factor with Harty; he wasn’t a man you particularly wanted to upset.

Slowly though, to the surprise of everyone, his facial expression softened, and a smile began to appear. He started to laugh. His coaches Ian Bowyer and Charlie McParland standing beside him began to laugh too, as shocked by Hart’s reaction as by the audacity of Wes’s reply. The corridor erupted with a mixture of laughter and relief; returning players in earshot of the exchange astonished at what they had just witnessed. “Oh really?” Hart said, when he’d finally caught his breath. “See you at Wollaton Park,” he declared, still grinning, as he walked off down the corridor and out in to the morning sunshine.

That exchange — before the start of the 2003-04 season — lives long in the memory because only Wes could have got away with saying that. There is a degree of innocence in his answer — when many would have simply told a little white lie — that I hope provides a glimpse of the authenticity of his character. He is what he is, and Hart — a manager who ruled with an iron fist — knowing that, simply couldn’t bring himself to get angry that day.

Wes arrived on trial at our youth team 18 months earlier an overweight, laid-back kid from The Meadows — a tough council estate just across the River Trent — who everybody warmed to but, in truth, nobody really took very seriously. 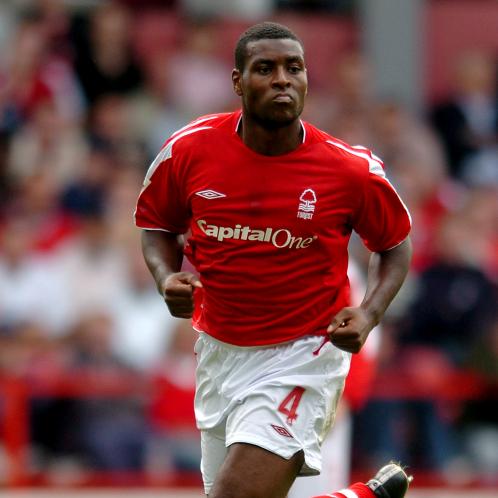 During his early days at Forest, Morgan developed a taste for tough tackling – and ice creamJOHN WALTON/PA

He was given the affectionate nickname “The Bear” because of the snarling grizzly tattoo on his arm, his imposing build and a style of play that he would describe as “robust”. But the nickname also bore some relation to the cuddly variety, due to the kind-hearted friendliness of the big man, chiming precisely with Claudio Ranieri’s description of Wes as the big friendly bear, Baloo, from The Jungle Book.

Over the following months he lost more than two stone in weight, showed dedication towards improving his fitness and diet and would often ask me to join him at the gym where he would spend what seemed like hours in the sauna every Sunday night before the dreaded Monday weigh-in.

Of course, there were moments of lapse. On one trip to America to play in the under-19 Dallas Cup, a call up to the first-team for Michael Dawson gave Wes his first opportunity to play games after the gruelling fitness regime that he had been placed on to get in to shape.

We won the tournament and Wes made huge strides that week. But one evening he walked into the hotel foyer holding the biggest ice-cream sundae you could possibly envisage, one only Americans could make, the plastic spoon in his hand filled with every topping, sprinkle and sauce known to man. His eyes rose from the sundae and there before him, was our coach, his biggest advocate, John Pemberton.

He berated Wes, which you may think a little harsh. But it was a reminder of the discipline that he needed to show if he wanted to forge a career in professional football.

Pre-season has never been Wes’s favourite time of the year and because of that he was the butt of a few jokes back then. But there was a landmark moment in that summer of 2003, during our final pre-season friendly against Ajax at the City Ground.

In the 74th minute a 19-year-old Wes replaced a centre half very nearly twice his age: Des Walker. Minutes later, when Ajax’s home-grown star, Rafael van der Vaart, raced on to a defence-splitting pass and was bearing down on Forest’s goal, Morgan delivered a bone-shuddering challenge, at full speed, to the collective gasp of the crowd. It was clean, fair, but brutal. Watching from the Forest bench that evening, I remember getting the sense that people began to look differently at “Big Wes” from that moment.

That season he appeared 36 times alongside either Des Walker or another academy product, Dawson. Though until the latter’s transfer to Tottenham in January 2005, Wes always played in his shadow to some extent.

It would be fair to say that Dawson is the type of defender scouts will flock to see. Wes on the other hand was large, without being as tall, slightly ungainly, flat footed, and to put it politely, not particularly easy on the eye. But his low centre of gravity, immense power and deceptive turn of pace meant that as a defender, he was a formidable beast.

Wes and I were born two days apart; played in youth and reserve teams together; made our first-team debuts within weeks of each other; were promoted to the first-team changing room on the same day where our pegs hung side by side, and even had the same prank played on us; finding the end of our socks missing as we pulled them up to our knees after training that day. 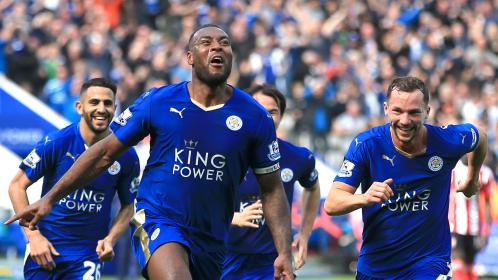 This weekend, Morgan will be lifting the Premier League trophyNICK POTTS/PA:PRESS ASSOCIATION

We shared a lot of experiences during those formative years, but despite remaining friends, our careers took different trajectories in the years that followed. Some years ago I had a conversation over a beer with three other former Forest players: Des Walker, Andy Reid and James Biggins. Forest were playing on TV and as we watched Wes comfortably marshal the Forest defence yet again, I said how much I would love to see our old team-mate get a crack at the Barclays Premier League. Andy and Des were a little more apprehensive and spoke about a speed of thought that players at the top level possess, which would provide a new set of challenges for Wes.

I only call upon that discussion to demonstrate how much joy I feel in finally seeing Wes flourishing in the Premier League, because I always knew that he could do it.

The thought of seeing “Big Wes” on the podium at the King Power Stadium on Saturday evening, lifting the Premier League trophy aloft, watching “The Bear” roar, is an image almost as surreal as it is exhilarating. But it’s real. He’s earned this moment. And my God, what a glorious sight it will be.